The Parga and Sivota Islands Cruise is the best way to experience the beautiful coast of Mainland Greece. First, our departure from the Port of Corfu gives a unique view of the Old Town, its two overlooking Venetian fortresses, the Kanoni peninsula and the palace of Mon Repos, where Prince Phillip was born. Heading south, parallel to the mainland, we pass the capital city of the Thesprotia region, Igoumenitsa, the small fishing village of Plataria and the Sivota Islands, where the ship enters the breathtaking cave of Sivota. During the Second World War, the Greek submarine “Papanikolis” was hidden here beneath the lighthouse.

Parga is a large picturesque village with island architecture blessed, with a rich eventful history, rare physical beauty, interlaced beaches, emerald water, calm bays, olive groves, a healthy climate, romantic side streets, and pathways whose two- and three-storey houses form an amphitheatre beneath the imposing remains of a Venetian castle. One of Parga’s main attractions, this castle was built by residents in the 11th century to protect their town from both the pirates and the Turks. Parts of the castle were demolished by the Ottomans in 1452. The Venetians started to rebuild it but before the work could be completed it was demolished again in 1537 by the Ottoman admiral Barbarossa, who razed the fortress and the houses inside. For the third and last time, a stronger, impregnable castle was finally rebuilt in 1819. Opposite the castle, at the entrance to the port, there is a small island dedicated to the Virgin Mary, with a church and several medieval Venetian and French buildings. Every summer, on 15th of August, the port hosts the famous Varkarola – a magnificent celebration dedicated to the Pargians who returned to Parga from Corfu.

Do not miss the chance to explore the Venetian castle, whose main building houses a photo exhibition of ancient Parga. As you might expect, the castle also offers some stunning views over Parga and the Ionian Sea.
As afternoon comes around, you will have the chance to stroll through the wonderful narrow streets, discover the many interesting curios shops, and have lunch at one of the traditional seafront tavernas or enjoy swimming to one of the three beaches of Parga.

About 15 kilometres from Parga is antiquity’s most important oracle, the Oracle of Acheron. The ancient Greeks believed that the springs of Acheron were the gates to the Underworld.

On the way back to Corfu, we sail around the historical small islands of Sivota, where the great naval battle between the Corfiots and the Corinthians took place in the summer of 432 B.C. Many of the vessels sunk in the fighting are still there at the bottom of the sea. Soon afterwards, we arrive at the picturesque Blue Lagoon bay, where historians say the Arabian pirates moored their ships in the Middle Ages. We drop anchor close to the beach, and you will have the opportunity to swim in the lagoon’s exotic blue waters.

During your trip, you can enjoy the sun and help yourself to refreshments, which may be purchased from the bar. We look forward to meeting you on board one of our ships. 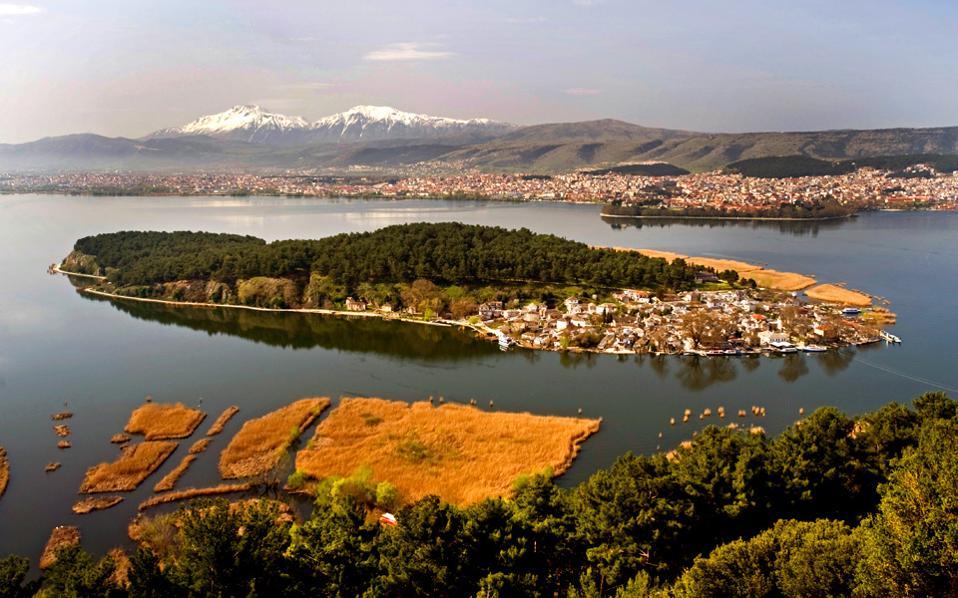 This cruise is repeated every week on multiple days.